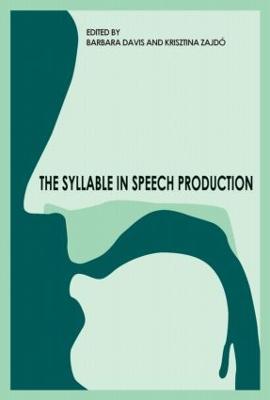 The Syllable in Speech Production

Description - The Syllable in Speech Production by Barbara L. Davis

As a testament to the scope of Peter MacNeilage's scholarly work across his 40 year career, contributions to this tribute volume represent a broad spectrum of the seminal issues addressed by phonetic and evolutionary science over a number of years. Approaches to the problems raised by attempting to understand these fundamental topics are illustrated in the broad diversity of paradigms represented in the volume. This diversity in itself is a tribute to the breadth of scholarly questions pursued by MacNeilage across his career.

Chapters are arranged around five thematic areas. Two themes, Evolutionary Perspectives on Speech Production and Acquisition of Speech, reflect the major thrust of Peter's scholarly career over the past 25 years. The other themes are reflective of the broad implications of MacNeilage's work for scholars in disparate scientific domains. One of the strengths of this volume is the unitary focus of contributions by scientists from diverse scientific backgrounds in considering the applicability of the Frame Content Theory within their own scholarly perspectives. Thematic strands in the volume include:

Other Editions - The Syllable in Speech Production by Barbara L. Davis 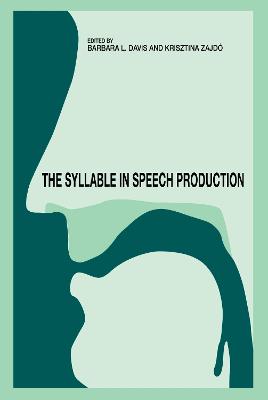 A Preview for this title is currently not available.
More Books By Barbara L. Davis
View All