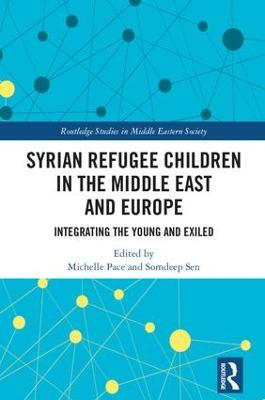 Syrian Refugee Children in the Middle East and Europe

Integrating the Young and Exiled

Since the start of the conflict in Syria in 2011, Syrian refugee children have withstood violence, uncertainty, fear, trauma and loss. This book follows their journeys by bringing together scholars and practitioners to reflect on how to make their situation better and to get this knowledge to as many front liners - across European and neighbouring countries in the Middle East - as possible.

The book is premised on the underlying conception of refugee children as not merely a vulnerable contingent of the displaced Syrian population, but one that possesses a certain agency for change and progress. In this vein, the various contributions aim to not just de-securitize the 'conversation' on migration that frequently centres on the presumed insecurity that refugees personify. They also de-securitize the figure and image of the refugee. Through the stories of the youngest and most vulnerable, they demonstrate that refugee children are not mere opaque figures on who we project our insecurities. Instead, they embody potentials and opportunities for progress that we need to nurture, as young refugees find themselves compelled to both negotiate the practical realities of a life in exile, and situate themselves in changing and unfamiliar sociocultural contexts. Drawing on extensive field research, this edited volume points in the direction of a new rights based framework which will safeguard the future of these children and their well-being.

Offering a comparative lens between approaches to tackling refugees in the Middle East and Europe, this book will appeal to students and scholars of refugees and migration studies, human rights, as well as anyone with an interest in the Middle East or Europe. 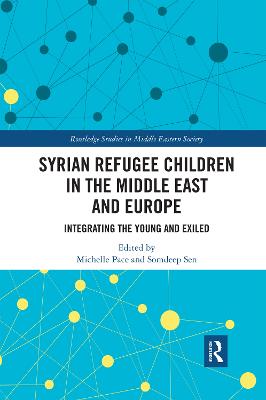 A Preview for this title is currently not available.
More Books By Michelle Pace
View All