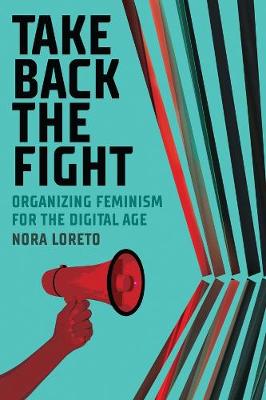 Take Back The Fight: Organizing Feminism for the Digital Age

Description - Take Back The Fight: Organizing Feminism for the Digital Age by Nora Loreto

Two decades of neoliberalism have destroyed a structured, pan-regional feminist movement in Canada. As a result, new generations of feminists have come to age without ever seeing the force that an organized social movement can have in democratic society. They have never benefited from the knowledge, the debates, the actions, the mass mobilizations or the leadership that all accompany a social movement and instead organize in decentralized silos. As a result, government and corporate leaders have co-opted feminism to turn it into something that can be bought, sold, or used to attract voters. Campaigns like #BeenRapedNeverReported, #MeToo, the SlutWalks and the Canadian Women's marches, while important, don't yet have the organized power to bring the changes that activists seek to make in society.
In Take Back The Fight, Nora Loreto examines the state of modern feminism in Canada and argues that feminists must organize to take back feminism from politicians, business leaders and journalists who distort and obscure its power. Furthermore, Loreto urges today's activists to overcome the challenges that sank the movement decades ago, to stop centering whiteness as the quintessential woman's experience, and to find ways to rebuild the communities that have been obliterated by neoliberal economic policies.

Buy Take Back The Fight: Organizing Feminism for the Digital Age by Nora Loreto from Australia's Online Independent Bookstore, BooksDirect.

A Preview for this title is currently not available.
More Books By Nora Loreto
View All