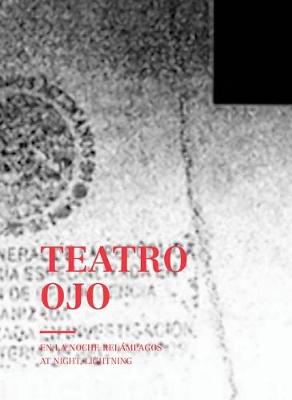 In 2002, as part of Draft - an initiative for exploring the critical possibilities of contemporary art - the experimental theatre group Teatro Ojo was founded. The group produced a symposium and short ads for public television and Youtube, aiming to undermine the sensationalism of human tragedy while preserving the public possibilities of images. 'At Night, Lightning' is the result of their work confronting the trauma of violent images in news media and how this stream silences all constructive thought. With texts by authors from three different cities - Zurich, Mumbai and Mexico City - 'At Night, Lightning' is concerned with looking for order, direction and meaning by publicly circulating a series of images that continue to tremble and aiming to establish new relationships in their effects. 337 images

A Preview for this title is currently not available.
More Books By Cuauhtemoc Medina
View All