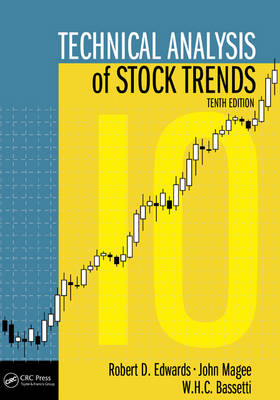 Sixty-three years. Sixty-three years and Technical Analysis of Stock Trends still towers over the discipline of technical analysis like a mighty redwood. Originally published in 1948 and now in its Tenth Edition, this book remains the original and most important work on this topic. The book contains more than dry chart patterns, it passes down accumulated experience and wisdom from Dow to Schabacker, to Edwards, and to Magee, and has been modernized by W.H.C. Bassetti.

Bassetti, a client, friend, and student of John Magee, one of the original authors, has converted the material on the craft of manual charting with TEKNIPLAT chart paper to modern computer software methods. In actuality, none of Magee's concepts have proven invalid and some of his work predated modern concepts such as beta and volatility. In addition, Magee described a trend-following procedure that is so simple and so elegant that Bassetti has adapted it to enable the general investor to use it to replace the cranky Dow Theory. This procedure, called the Basing Points procedure, is extensively described in the new Tenth Edition along with new material on powerful moving average systems and Leverage Space Portfolio Model generously contributed by the formidable analyst, Ralph Vince., author of Handbook of Portfolio Mathematics.

So much has changed since the first edition, yet so much has remained the same. Everyone wants to know how to play the game. The foundational work of the discipline of technical analysis, this book gives you more than a technical formula for trading and investing, it gives you the knowledge and wisdom to craft long-term success.

A Preview for this title is currently not available.
More Books By Robert D. Edwards
View All