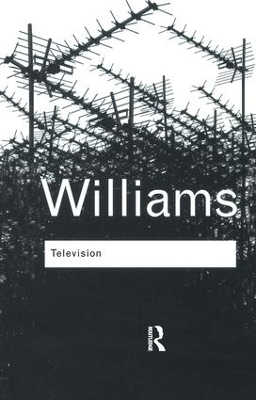 Television: Technology and Cultural Form was first published in 1974, long before the dawn of multi-channel TV, or the reality and celebrity shows that now pack the schedules. Yet Williams' analysis of television's history, its institutions, programmes and practices, and its future prospects, remains remarkably prescient.

Williams stresses the importance of technology in shaping the cultural form of television, while always resisting the determinism of McLuhan's dictum that 'the medium is the message'. If the medium really is the message, Williams asks, what is left for us to do or say? Williams argues that, on the contrary, we as viewers have the power to disturb, disrupt and to distract the otherwise cold logic of history and technology - not just because television is part of the fabric of our daily lives, but because new technologies continue to offer opportunities, momentarily outside the sway of transnational corporations or the grasp of media moguls, for new forms of self and political expression.

Other Editions - Television: Technology and Cultural Form by Raymond Williams 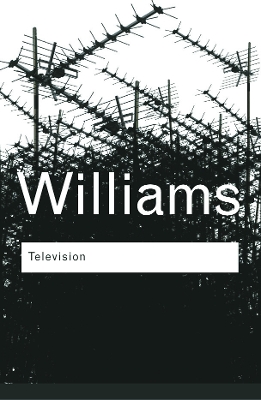 A Preview for this title is currently not available.
More Books By Raymond Williams
View All