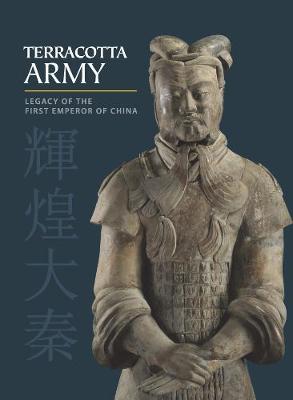 Legacy of the First Emperor of China

First discovered by a farmer in 1974, the burial site of China's first emperor, Ying Zheng, has yielded thousands of life-size terracotta figures and artifacts, and continues to be excavated today. This fascinating publication features more than 130 works including ten of these majestic terracotta figures, arms and armor, horse and chariot fittings, ritual bronze vessels, works in gold and silver, jade ornaments, precious jewelry, and ceramics.

Dating from the Eastern Zhou dynasty (770-256 BC) through the Qin dynasty (221-206 BC), these objects represent the complex history, myths, and burial customs of ancient China. The texts introduce recent scholarship on this material culture to illuminate not only the first emperor's burial complex, but also his powerful influence in Chinese history and the myriad ways in which his political and economic reforms transformed the daily lives of the Chinese people. A Preview for this title is currently not available.
More Books By Li Jian
View All