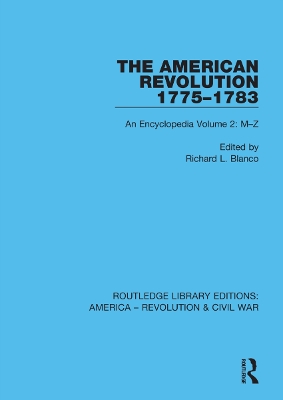 This definitive encyclopedia, originally published in 1983 and now available as an ebook for the first time, covers the American Revolution, comes in two volumes and contains 865 entries on the war for American independence. Included are essays (ranging from 250 to 25,000 words) on major and minor battles, and biographies of military men, partisan leaders, loyalist figures and war heroes, as well as strong coverage of political and diplomatic themes. The contributors present their summaries within the context of late 20th Century historiography about the American Revolution. Every entry has been written by a subject specialist, and is accompanied by a bibliography to aid further research. Extensively illustrated with maps, the volumes also contain a chronology of events, glossary and substantial index.

A Preview for this title is currently not available.
More Books By Richard L. Blanco
View All