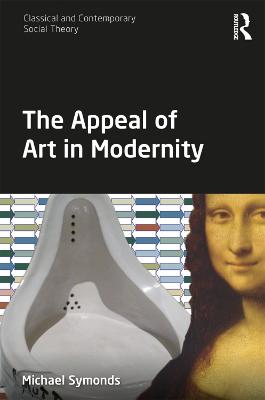 The Appeal of Art in Modernity

Description - The Appeal of Art in Modernity by Michael Symonds

This book explores the place of art in the modern world, but instead of asking what art is, it begins with the question of art's appeal in modernity. Why is the appellation 'art' so desired for movies, food, and fashion, for example? Why is there the assumption of esteem when someone calls themselves an 'artist'? On the other hand, why is modern art so often seen as, at best, difficult and, at worst, not, in fact, art? Engaging with a broad range of theory, the author draws on the thought of Max Weber to offer an account of art's widespread appeal in terms of its constituting a self-contained value-sphere of meaning, which provides a feeling of tremendous salvation from the senseless routines of modern life. In this way, major theories on aesthetics in philosophy and sociology - including those of Kant, Hegel, Adorno and Bourdieu - are critically recast and incorporated into an overall explanation, and fundamental questions concerning the relation of art to politics and ethics are given innovative answers. A fresh examination of the development of the aesthetic sphere that shows how art came to be regarded as one of the last bastions of freedom and the highest human achievement, and, also, how it became increasingly isolated from the rest of society, The Appeal of Art in Modernity will appeal to scholars of philosophy, social theory, and sociology with interests in art, modernity, and Weber.

Buy The Appeal of Art in Modernity by Michael Symonds from Australia's Online Independent Bookstore, BooksDirect.

A Preview for this title is currently not available.
More Books By Michael Symonds
View All