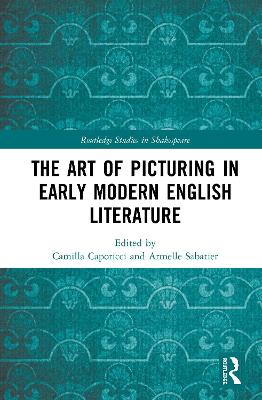 The Art of Picturing in Early Modern English Literature

Written by an international group of highly regarded scholars and rooted in the field of intermedial approaches to literary studies, this volume explores the complex aesthetic process of "picturing" in early modern English literature. The essays in this volume offer a comprehensive and varied picture of the relationship between visual and verbal in the early modern period, while also contributing to the understanding of the literary context in which Shakespeare wrote. Using different methodological approaches and taking into account a great variety of texts, including Elizabethan sonnet sequences, metaphysical poetry, famous as well as anonymous plays, and court masques, the book opens new perspectives on the literary modes of "picturing" and on the relationship between this creative act and the tense artistic, religious and political background of early modern Europe. The first section explores different modes of looking at works of art and their relation with technological innovations and religious controversies, while the chapters in the second part highlight the multifaceted connections between European visual arts and English literary production. The third section explores the functions performed by portraits on the page and the stage, delving into the complex question of the relationship between visual and verbal representation. Finally, the chapters in the fourth section re-appraise early modern reflections on the relationship between word and image and on their respective power in light of early-seventeenth-century visual culture, with particular reference to the masque genre. 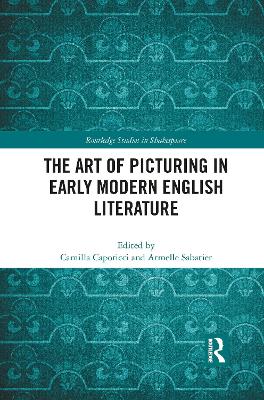 A Preview for this title is currently not available.
More Books By Camilla Caporicci
View All