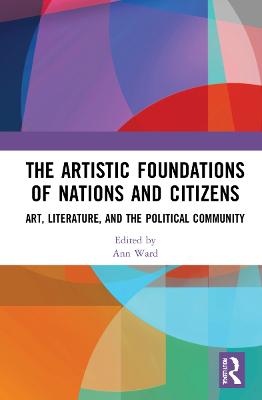 The Artistic Foundations of Nations and Citizens: Art, Literature, and the Political Community

Description - The Artistic Foundations of Nations and Citizens: Art, Literature, and the Political Community by Ann Ward

This book examines politics through the lens of art and literature. Through discussion on great works of visual art, literature, and cultural representations of political thought in the medieval, early modern, and American eras, it explores the relevance of the nation-state to human freedom and flourishing, as well as the concept of citizenship and statesmanship that it implies, in contrast to that of the 'global community'. The essays in this volume focus on shifting notions of various core political concepts like citizenship, republicanism, and nationalism from antiquity to the present-day to provide a systematic understanding of their evolving histories through Western Art and literature. It highlights works such as the Bayeux Tapestry, Shakespeare's Henry V, Henry VI, and A Midsummer Night's Dream, Twain's Joan of Arc and Hermann's Nichts als Gespenster, among several other canonical works of political interest. Further, it questions if we should now look beyond the nation-state to some form of tans-national, global community to pursue the human freedom desired by progressives, or look at smaller forms of community resembling the polis to pursue the friendship and nobility valued by the ancients.

The volume will be invaluable to students and teachers of political science, especially political theory and philosophy, visual arts, and world literature.

Buy The Artistic Foundations of Nations and Citizens: Art, Literature, and the Political Community by Ann Ward from Australia's Online Independent Bookstore, BooksDirect.

A Preview for this title is currently not available.
More Books By Ann Ward
View All