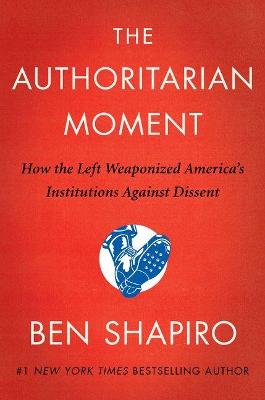 The Authoritarian Moment: How the Left Weaponized America's Institutions Against Dissent

Description - The Authoritarian Moment: How the Left Weaponized America's Institutions Against Dissent by Ben Shapiro

According to the establishment media, the intelligentsia, and our political chattering class, the greatest threat to American freedom lies in right-wing authoritarianism. We've heard that some 75 million Americans who voted for Donald Trump represent the rise of American fascism; that conservatives have allowed authoritarianism to bloom in their midst, creating a grave danger for the republic.

But what if the true authoritarian threat to America doesn't come from the political right, but from the supposedly anti-fascist left

There are certainly totalitarians on the political right. But statistically, they represent a fringe movement with little institutional clout. The authoritarian left, meanwhile, is ascendant in nearly every area of American life. A small number of leftists-college-educated, coastal, and uncompromising-have not just taken over the Democratic Party but our corporations, our universities, our scientific establishment, our cultural institutions. And they have used their newfound power to silence their opposition.

The authoritarian Left is aggressively insistent that everyone must conform to its values, demanding submission and conformity. The dogmatic Left is obsessed with putting people in categories and changing human nature. Everyone who opposes it must be destroyed.

Ben Shapiro looks at everything from pop culture to the Frankfurt school, social media to the Founding Fathers, to explain the origins of our turn to tyranny, and why so many seem blind to it.

More than a catalog of bad actors and intemperate acts, The Authoritarian Moment lays bare the intolerance and rigidity creeping into all American ideology - and prescribes the solution to ending the authoritarianism that threatens our future.

Other Editions - The Authoritarian Moment: How the Left Weaponized America's Institutions Against Dissent by Ben Shapiro 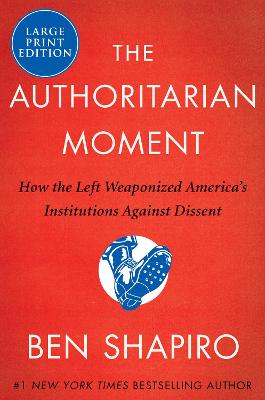 A Preview for this title is currently not available.
More Books By Ben Shapiro
View All