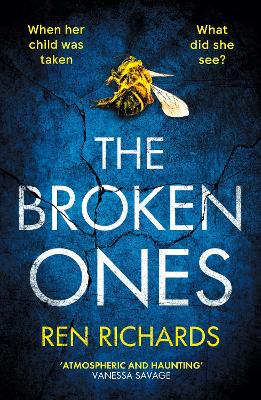 Description - The Broken Ones by Ren Richards

When her child was taken what did she really see?

A bestselling true crime writer, Nell Way tells other people's stories. But there is one story Nell won't tell. Ten years ago and with a different name, she was a teenage mother with a four-year-old she found desperately hard to love. Then the little girl disappeared, and Nell has never shaken off the shadow of suspicion.

As she begins to interview the subject of her next book - a woman convicted of murdering her twin sister - it becomes clear that someone has uncovered her true identity. And they know that Nell didn't tell the truth about the day her daughter disappeared...

Buy The Broken Ones by Ren Richards from Australia's Online Independent Bookstore, BooksDirect.

Other Editions - The Broken Ones by Ren Richards

A Preview for this title is currently not available.
More Books By Ren Richards
View All