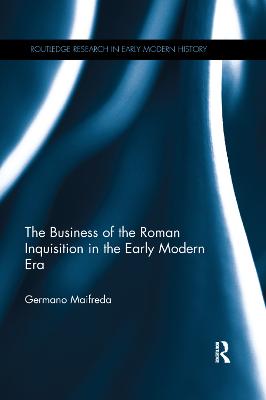 The Business of the Roman Inquisition in the Early Modern Era

Established in 1542, the Roman Inquisition operated through a network of almost fifty tribunals to combat heretical and heterodox threats within the papal territories. Whilst its theological, institutional and political aspects have been well-studied, until now no sustained work has been undertaken to understand the financial basis upon which it operated. Yet - as The Business of the Roman Inquisition in the Early Modern Era shows - the fiscal autonomy enjoyed by each tribunal was a major factor in determining how the Inquisition operated. For, as the flow of cash from Rome declined, each tribunal was forced to rely upon its own assets and resources to fund its work, resulting in a situation whereby tribunals increasingly came to resemble businesses. As each tribunal was permitted to keep a substantial proportion of the fines and confiscations it levied, questions quickly arose regarding the economic considerations that may have motivated the Inquisition's actions. Dr Maifreda argues that the Inquisition, with the need to generate sufficient revenue to continue working, had a clear incentive to target wealthy groups within society who could afford to yield up substantial revenues. Furthermore, as secular authorities also began to rely upon a levy on these revenues, the financial considerations of decisions regarding heresy prosecutions become even greater. Based upon a wealth of hitherto neglected primary sources from the Vatican and local Italian archives, Dr Maifreda reveals the underlying financial structures that played a vital part in the operations of the Roman Inquisition. By exploring the system of incentives and pressures that guided the actions of inquisitors in their procedural processes and choice of victims, a much clearer understanding of the Roman Inquisition emerges. This book is an English translation of I denari dell'inquisitore. Affari e giustizia di fede nell'Italia moderna (Turin: Einaudi, 2014).

Buy The Business of the Roman Inquisition in the Early Modern Era by Germano Maifreda from Australia's Online Independent Bookstore, BooksDirect. 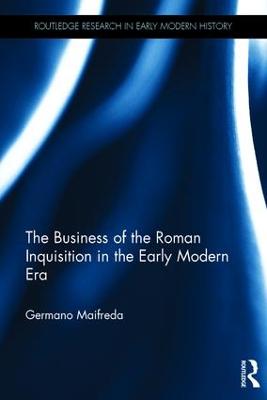 A Preview for this title is currently not available.
More Books By Germano Maifreda
View All