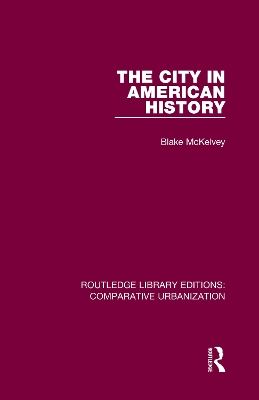 The City in American History

Description - The City in American History by Blake McKelvey

Originally published in 1969, this book summarizes the findings of a comprehensive survey of the successive roles played by the explosive constellations of cities in American history. The book examines how and in what respects the planting and developing of cities influenced and was influenced by the colonial settlement, the achievement of independence, the occupation of the continent, the development of industrial enterprise, the challenge of foreign wars, the fluctuations of a dynamic economy and the frustrations of social and political strife in a democracy. Illuminating selections from original source documents add many graphic details and give a human dimension to this interpretation.

A Preview for this title is currently not available.
More Books By Blake McKelvey
View All