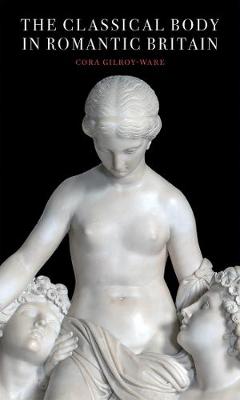 The Classical Body in Romantic Britain

Description - The Classical Body in Romantic Britain by Cora Gilroy-Ware

A radical, lively departure from received notions about art of the Romantic period

For many, the term "neoclassicism" has come to imply discipline, order, restraint, and a certain myopia. Leaving the term behind, this book radically challenges enduring assumptions about the art produced from the late 18th century to the early Victorian period, casting new light on appropriations of the classical body by British artists. It is the first to foreground the intersections of gender, race, and class in discussions of British visual classicism, laying bare artists' alternately politicizing and emphatically sensual engagements with Greco-Roman art. Rather than rely exclusively on subsequent scholarship, the book takes up the poet John Keats (1795-1821) as a theoretical framework. Eschewing the "Golden Age" narrative, which sees J. M. W. Turner (1775-1851) as the pinnacle of the period's artistic achievement, the book examines overlooked artists, such as Henry Howard (1769-1847) and John Graham Lough (1798-1876). The result is a fresh account of underappreciated works of British painting and sculpture.