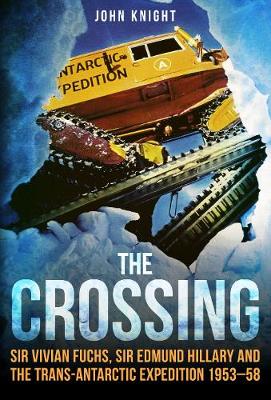 The Trans-Antarctic Expedition of 1953-58 organised by Sir Vivian Fuchs and Sir Edmund Hilary was one of the most successful exploits ever undertaken in Antarctica, but it has been largely forgotten for years. Seventy years later, this book is the first to tell the complete story of this remarkable episode in the history of exploration - illustrated with photographs from the Royal Geographical Society, with the permission of the wife of expedition photographer George Lowe. Sir Ernest Shackleton had tried unsuccessfully to cross the Antarctic in 1914. He called it the Last Great Journey, but he and his men escaped by the skin of their teeth. So the new post-war expedition was a brave attempt to conquer the vast frozen continent. For this historic endeavour, planning had to be done at each end of the World, in the UK and New Zealand, and members of the expedition were drawn from all around the Commonwealth. The plan was meticulous, and the stakes were high: national, political and scientific interests all depended on its success. John Knight's account shows how the expedition was organised, from the scientific insight it relied on, to the voyage to Antarctica and transport intended to carry the men safely across the vast ice desert. Their survival at times was touch and go, and controversies arose amid the pressure of the journey. This book not only provides a technical insight into a groundbreaking venture but touches on the human aspects of the challenge. The Crossing charts a unique event in postwar history that has never before been the subject of a comprehensive account.

A Preview for this title is currently not available.
More Books By John Knight
View All

Accounting: Accounting made simple, basic accounting principles, and how to do your own bookkeeping
John Knight
Hardback , Mar '20
RRP: $54.23 $48.81

How to Increase or Build Your Credit Score in One Month: Add Over 100 Points Without The Need of Credit Repair Services
John Knight
Paperback , Oct '18
RRP: $28.19 $25.37