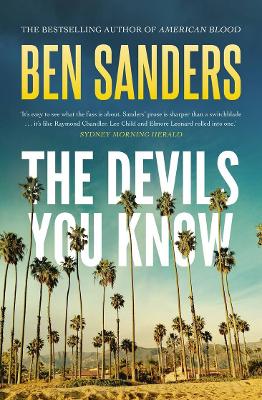 The Devils You Know

Description - The Devils You Know by Ben Sanders

'It's easy to see what the fuss is about. Sanders' prose is sharper than a switchblade . . . It's like Raymond Chandler, Lee Child and Elmore Leonard rolled into one.' - Sydney Morning Herald on American Blood

Vincent needs a change. He's spent the last fifteen years in covert operations for the US government, but after a botched and fatal mission, he decides he's done with pulling triggers.

He lucks into a dream job in Santa Barbara as head of security for supermarket mogul Eugene Lamar: nothing more than driving the boss to and from golf, with ample downtime for surfing, or sitting by the pool contemplating life-and how to live it with a zero body count.

There he meets and is intrigued by Lamar's daughter, the journalist Erin Jones, who's on tour in California to promote her book about the benefits of war. Vincent's seen his share of conflict and is sure he can change her mind - and he'd really like to make his case over drinks.

But there's a problem: if Lamar's business is confined to supermarkets, why does he need a panic room full of assault rifles, and a .357 revolver in his car? It doesn't take long for Vincent to find out that Lamar owes a debt to bad people - and that's only the start of it. He's ensnared in a criminal enterprise, which soon brings costs in lives as well as money.

Erin wants answers, and needs Vincent's help to get them. But how much does she already know? Is his growing attraction to her a liability? And can he keep her safe from the brutal killers who are after her father?

It seems that Santa Barbara is a sunny town full of dark talent, and Vincent will have to revert to dark talents of his own if he's going to survive . . .

Other Editions - The Devils You Know by Ben Sanders 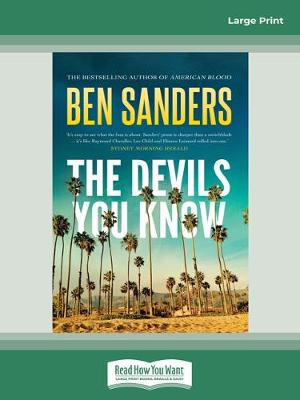 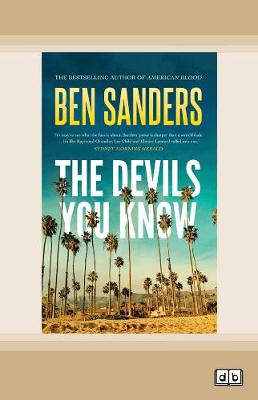 A Preview for this title is currently not available.
More Books By Ben Sanders
View All