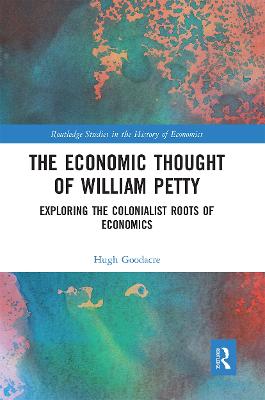 The Economic Thought of William Petty: Exploring the Colonialist Roots of Economics

Description - The Economic Thought of William Petty: Exploring the Colonialist Roots of Economics by Hugh Goodacre

William Petty (1623-1687), long recognised as a founding father of English political economy, was actively involved in the military-colonial administration of Ireland following its invasion by Oliver Cromwell, and to the end of his days continued to devise schemes for securing England's continued domination of that country. It was in that context that he elaborated his economic ideas, which consequently reflect the world of military-bureaucratic officialdom, neo-feudalism and colonialism he served.

This book shows that much of the theory and methodology in use within the economics discipline of today has its roots in the writings of Petty and his contemporaries, rather than in the supposedly universalistic and enlightened ideals of Adam Smith a century later. Many of the fundamental ideas of today's development economics, for example, are shown to have been deployed by Petty explicitly for the purpose of furthering England's colonialist objectives, while his pioneering writings on fiscal issues and national accounting theory were equally explicitly directed towards the raising of funds for England's predatory colonial and commercial wars.

This book argues that exploring the historical roots of economic ideas and methods in this way is an essential aspect of assessing their appropriateness and analytical power today, and that this is more relevant than ever. It will be of interest to advanced students and researchers in the history of economic thought, early modern economic history, development economics and economic geography.

Other Editions - The Economic Thought of William Petty: Exploring the Colonialist Roots of Economics by Hugh Goodacre 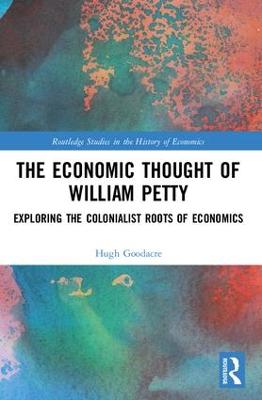 A Preview for this title is currently not available.
More Books By Hugh Goodacre
View All