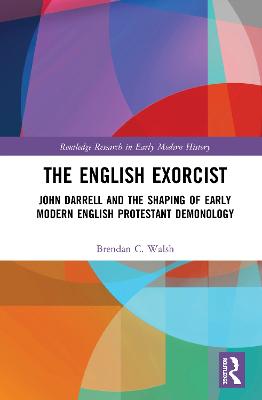 In 1598, the English clergyman John Darrell was brought before the High Commission at Lambeth Palace to face charges of fraud and counterfeiting. The ecclesiastical authorities alleged that he had "taught 4. to counterfeite" demonic possession over a ten-year period, fashioning himself into a miracle worker. Coming to the attention of the public through his dramatic and successful role as an exorcist in the late sixteenth century, Darrell became a symbol of Puritan spirituality and the subject of fierce ecclesiastical persecution. The High Commission of John Darrell became a flashpoint for theological and demonological debate, functioning as a catalyst for spiritual reform in the early seventeenth-century English Church.

John Darrell has long been maligned by scholars; a historiographical perception that this book challenges. The English Exorcist is the first study to provide an in-depth scholarly treatment of Darrell's exorcism ministry and his demonology. It shines new light on the corpus of theological treatises that emerged from the Darrell Controversy, thereby illustrating the profound impact of Darrell's exorcism ministry on early modern Reformed English Protestant demonology. The book establishes an intellectual biography of this figure and sketches out the full compelling story of the Darrell Controversy.