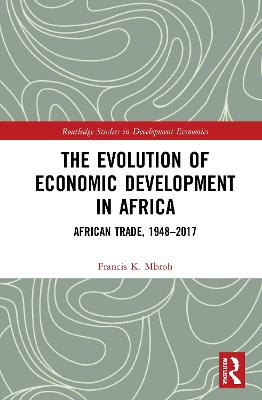 The Evolution of Economic Development in Africa: African Trade, 1948-2017

Within the theoretical framework of the trade-growth and structural transformation-growth nexuses, the book examines the evolution of African (goods and service) trade in terms of value and share of global commerce relative to other regions during the period 1948-2017. It also identifies and discusses discernible changes in the composition and structure of African exports and imports between 1995 and 2015 and their implications for economic development in Africa.

The study attributes Africa's laggard trade performance during the period primarily to sub-optimal macroeconomic policies and lack of bold export development policies and initiatives, among other factors. It also offers an incisive discussion of several inhibitions to the structural transformation of African exports and imports, including lack of finance, globalization, tariff, and non-tariff measures in global markets. The discussion of the evolution of African trade during the period 1948-2017 based on statistics and publications of international organizations, including the UNCTAD, the World Bank, and the African Development Bank, among others, is the first of its kind in terms of scope and depth of review of African trade.

The analyses of cross-border trade during 1948-2017 and their implications for Africa's economic development prospects constitute a useful reference material for academics and students of African and development studies and African and international policymakers.