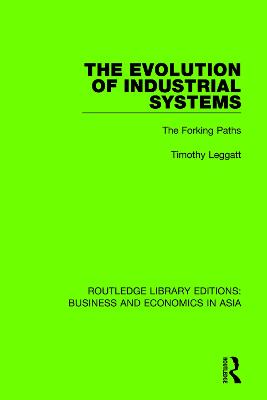 The Evolution of Industrial Systems: The Forking Paths

Description - The Evolution of Industrial Systems: The Forking Paths by Timothy Leggatt

This book, first published in 1985, tackles simultaneously three major questions about the course of industrial evolution: what are the features of the industrial systems that have developed outside Western capitalism? What are the salient evolutionary developments now occurring in all advanced capitalist systems? What light can social theory throw upon the evolution of industrial systems thus far and in the future? In answering these questions the author provides an exposition of how the Soviet system works and how the Japanese system developed; a critical analysis of three issues of major contemporary concern - the control of giant corporations, the impact of automation, and the shift to service employment; and a commentary on the theories of classical and contemporary social thinkers. Concluding with his own conceptualisation of the determinants of industrial evolution, the author also offers his own evaluation of the needs of the advanced industrial societies.

Other Editions - The Evolution of Industrial Systems: The Forking Paths by Timothy Leggatt 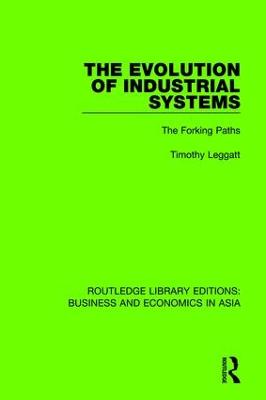 A Preview for this title is currently not available.
More Books By Timothy Leggatt
View All