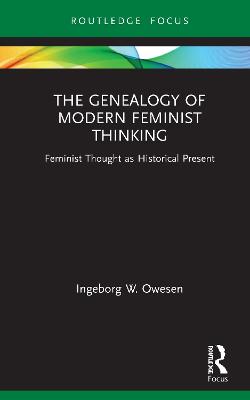 Within much contemporary feminist theory there is a tendency to forget or ignore its own historicity and consider itself as primarily oriented towards the present. This book explores the historical roots of some of feminism's central concepts and debates, examining the philosophical conditions for feminist thought and taking as its point of departure the dynamic relationship between feminist thought and the history of philosophy. With close attention to the genealogy of key concepts such as equality, sex/gender and difference, alongside discussions of contemporary gender equality policy and contextual understandings of central figures including Wollstonecraft, Beauvoir and Irigaray, The Genealogy of Modern Feminist Thinking provides an analysis of feminism from its origins in the Early Modern period to its contemporary, post-modern forms. Shedding light on feminism as a product of Modernity and establishing it as part of the canon of European intellectual development, this book thus corrects the picture of feminism as a phenomenon that lacks historical continuity, revealing a history characterized by breaks, setbacks and forgetting, in which the forgetting itself forms part of a rich genealogy. As such, it will be of interest to philosophers, sociologists, political theorists and intellectual historians alike.