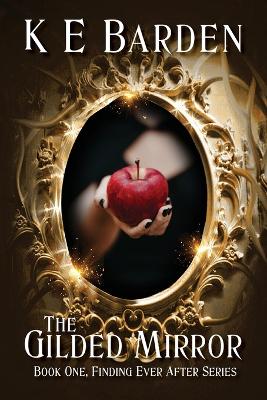 Eveline Rafter has only ever sought one thing:
To avenge her father.

So, when she's hired by the gorgeous Huntsman, she's thrust into a dangerous and dark quest: To find the lost princess Snow.

Set against the dark forests of old fairy tales, in a kingdom ruled by an evil queen who consumes hearts for youth and power, Eve sets out on a journey with her closest companion Porchid: A Riverbell fairy.

Eveline has a gift. Not only can she hit every target with her pair of twin golden knives, but she can also find lost things.

A watch. A purse. Even a person.

Just not the one she longs for most: Her father.
With the huntsman's hero complex and Eveline's only goal to accrue enough medallions to avenge her father, they become unlikely companions. What she didn't bargain for was the bloodthirsty Queen, or the dwarf's with split personalities, or a prince whose most endearing quality was his sneeze.
Along their journey, Eveline soon finds that her worst fears are not the creatures crawling from the shadows, but her own desires. Eve questions her own motives and choices, falling under the spell of the Huntsman and pushing against a destiny pre-determined for her.
With dark secrets unravelled and trust broken, Eve begins to question the world around her and the one thing she trusted most: Herself.
With the princess encased in a crystal coffin, hidden away in a magic realm, will she find a way to break the curse?
Or will they all fall to darkness?

Book One in the Finding Ever After Series

"An amazing and fresh voice of originality in the world of fantasy and YA fiction. I thoroughly enjoyed the parody and the wonderful humour that made me feel like I was reading a Shrek prequel...beautifully written and wisely told by a new talent in Australian fantasy fiction..." Tamara, IndieBook Reviewer.