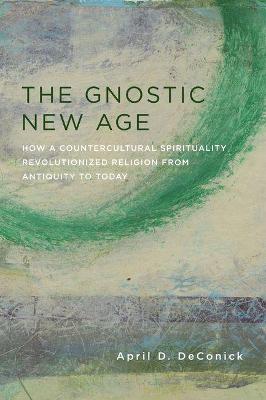 The Gnostic New Age: How a Countercultural Spirituality Revolutionized Religion from Antiquity to Today

Description - The Gnostic New Age: How a Countercultural Spirituality Revolutionized Religion from Antiquity to Today by April DeConick

Gnosticism is a countercultural spirituality that forever changed the practice of Christianity. Before it emerged in the second century, passage to the afterlife required obedience to God and king. Gnosticism proposed that human beings were manifestations of the divine, unsettling the hierarchical foundations of the ancient world. Subversive and revolutionary, Gnostics taught that prayer and mediation could bring human beings into an ecstatic spiritual union with a transcendent deity. This mystical strain affected not just Christianity but many other religions, and it characterizes our understanding of the purpose and meaning of religion today.

In The Gnostic New Age, April D. DeConick recovers this vibrant underground history to prove that Gnosticism was not suppressed or defeated by the Catholic Church long ago, nor was the movement a fabrication to justify the violent repression of alternative forms of Christianity. Gnosticism alleviated human suffering, soothing feelings of existential brokenness and alienation through the promise of renewal as God. DeConick begins in ancient Egypt and follows with the rise of Gnosticism in the Middle Ages, the advent of theosophy and other occult movements in the nineteenth and early twentieth centuries, and contemporary New Age spiritual philosophies. As these theories find expression in science-fiction and fantasy films, DeConick sees evidence of Gnosticism's next incarnation. Her work emphasizes the universal, countercultural appeal of a movement that embodies much more than a simple challenge to religious authority.

Other Editions - The Gnostic New Age: How a Countercultural Spirituality Revolutionized Religion from Antiquity to Today by April DeConick 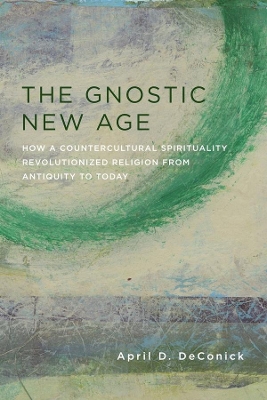 A Preview for this title is currently not available.
More Books By April DeConick
View All