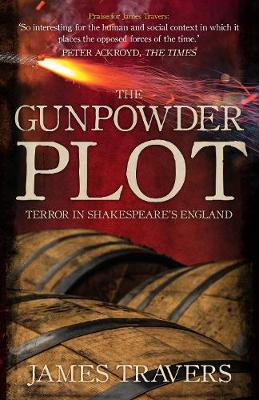 The Gunpowder Plot is perhaps the most famous and well-documented event in British Early Modern History. This means the story can be told through original dialogue recorded at the time to a greater extent than any other of the period. James Travers' new account exploits this potential for dramatic first-hand history, by drawing on original sources in an unparalleled way, using the National Archives where he is a subject specialist. This expert retelling of the Gunpowder Plot brings seventeenth century voices fresh to the page. It shows the complex motivations of the principal figures involved, including the plotters themselves, and tells the story of the plot without the benefit of hindsight. Moving away from the old partisan views of Catholic and Protestant, characters' decisions and reactions are shown at the heart of events. It is a dramatic tale, with original documents unveiling the key figures' fateful decisions. It includes material from the official investigation and new evidence relating to the torture of Guy Fawkes. At the time, Fawkes was the `unknown face' of the Plot, prized by the well-known and well-connected plotters as a man who could pass unnoticed in Westminster, even as went to destroy the Houses of Parliament. Today, `Guido Fawkes' has become the face of political disaffection, thanks to his popularity as a mask for protestors. And in a modern world of religious terrorism, this books lets us understand what drove the participants in British history's biggest home-grown plot.

A Preview for this title is currently not available.
More Books By James Travers
View All