The Habsburg Empire: A New History

?Pieter M. Judson's book informs and stimulates. If his account of Habsburg achievements, especially in the 18th century, is rather starry-eyed, it is a welcome corrective to the black legend usually presented. Lucid, elegant, full of surprising and illuminating details, it can be warmly recommended to anyone with an interest in modern European history.?
?Tim Blanning, Wall Street Journal

?This is an engaging reappraisal of the empire whose legacy, a century after its collapse in 1918, still resonates across the nation-states that replaced it in central Europe. Judson rejects conventional depictions of the Habsburg empire as a hopelessly dysfunctional assemblage of squabbling nationalities and stresses its achievements in law, administration, science and the arts.?
?Tony Barber, Financial Times

?Spectacularly revisionist? Judson argues that?the empire was a force for progress and modernity? This is a bold and refreshing book? Judson does much to destroy the picture of an ossified regime and state.?
?A. W. Purdue, Times Higher Education

?Judson's reflections on nations, states and institutions are of broader interest, not least in the current debate on the future of the European Union after Brexit.?
?Annabelle Chapman, Prospect

Other Editions - The Habsburg Empire: A New History by Pieter M. Judson 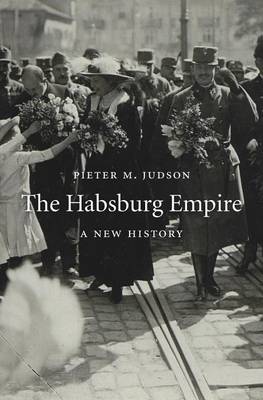 A Preview for this title is currently not available.
More Books By Pieter M. Judson
View All