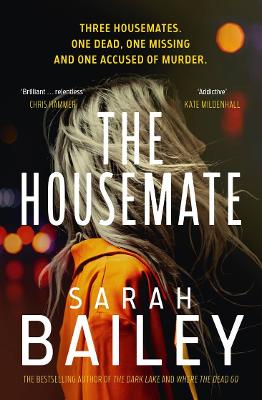 Description - The Housemate by Sarah Bailey

'Each new twist in the story skilfully balances bombshell revelations and believability, in a crime that feels achingly familiar, yet shocking at the same time. Much like Oli, I couldn't stop until I knew the truth, too.'
JACQUELINE BUBLITZ, author of Before You Knew My Name

Three housemates. One dead, one missing and one accused of murder.

Dubbed the Housemate Homicide, it's a mystery that has baffled Australians for almost a decade.

Melbourne-based journalist Olive Groves worked on the story as a junior reporter and became obsessed by the case. Now, nine years later, the missing housemate turns up dead on a remote property. Olive is once again assigned to the story, this time reluctantly paired with precocious millennial podcaster Cooper Ng.

As Oli and Cooper unearth new facts about the three housemates, a dark web of secrets is uncovered. The revelations catapult Oli back to the death of the first housemate, forcing her to confront past traumas and insecurities that have risen to the surface again.

What really happened between the three housemates that night? Will Oli's relentless search for the murderer put her new family in danger? And could her suspicion that the truth lies closer to home threaten her happiness and even her sanity?

A riveting, provocative thriller from the bestselling author of The Dark Lake, Into the Night and Where the Dead Go.

'Australian crime at its best.' J.P. POMARE, author of Call Me Evie

Other Editions - The Housemate by Sarah Bailey 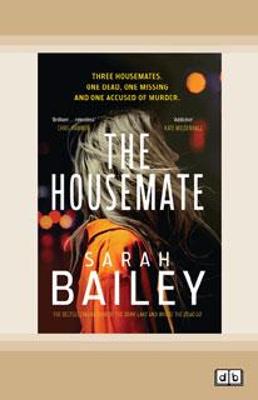 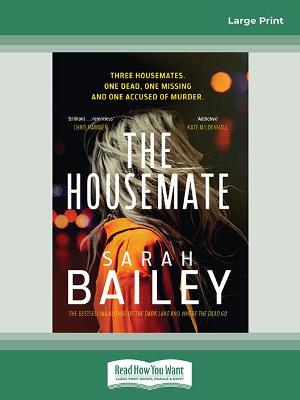 A Preview for this title is currently not available.
More Books By Sarah Bailey
View All