The Huawei Model: The Rise of China's Technology Giant

Description - The Huawei Model: The Rise of China's Technology Giant by Yun Wen

In 2019, the United States' trade war with China expanded to blacklist the Chinese tech titan Huawei Technologies Co. Ltd. The resulting attention showed the information and communications technology (ICT) firm entwined with China's political-economic transformation. But the question remained: why does Huawei matter? Yun Wen uses the Huawei story as a microcosm to understand China's evolving digital economy and the global rise of the nation's corporate power. Rejecting the idea of the transnational corporation as a static institution, she explains Huawei's formation and restructuring as a historical process replete with contradictions and complex consequences. She places Huawei within the international political economic framework to capture the dynamics of power structure and social relations underlying corporate China's globalization. As she explores the contradictions of Huawei's development, she also shows the ICT firm's complicated interactions with other political-economic forces.Comprehensive and timely, The Huawei Model offers an essential analysis of China's dynamic development of digital economy and the global technology powerhouse at its core.

Other Editions - The Huawei Model: The Rise of China's Technology Giant by Yun Wen 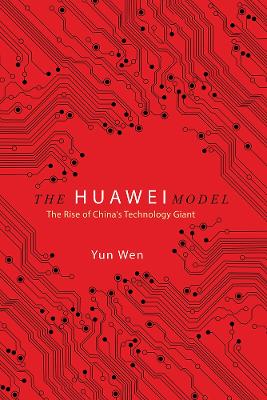 A Preview for this title is currently not available.
More Books By Yun Wen
View All