The Incomparable Hester Santlow: A Dancer-Actress on the Georgian Stage

Description - The Incomparable Hester Santlow: A Dancer-Actress on the Georgian Stage by Moira Goff

In the first full-length study of the English dancer-actress Hester Santlow, Moira Goff focuses on her unusual career at Drury Lane between 1706 and 1733. Goff charts Santlow's repertoire and makes extensive use of archival resources to investigate both her dancing and acting skills. Santlow made a unique contribution to the development of dance on the London stage, through her dancing roles in dance dramas by John Weaver and pantomimes by John Thurmond and Roger, as well as the virtuoso dances created for her by Mr. Isaac and Anthony L'Abbe. Goff examines Santlow's fascinating personal life, including her relationships with the politician James Craggs the Younger and the Drury Lane actor-manager Barton Booth. Santlow was unusual in making the transition from successful dancer-actress to independent and respectable widow. Goff also traces her life after retirement as her daughter's family rose from the gentry towards the aristocracy. This book will be of interest to dance and theatre historians, to women's studies scholars, and to all who are engaged with ongoing debates on the lives and careers of women on the seventeenth- and eighteenth-century stage.

Buy The Incomparable Hester Santlow: A Dancer-Actress on the Georgian Stage by Moira Goff from Australia's Online Independent Bookstore, BooksDirect.

Other Editions - The Incomparable Hester Santlow: A Dancer-Actress on the Georgian Stage by Moira Goff 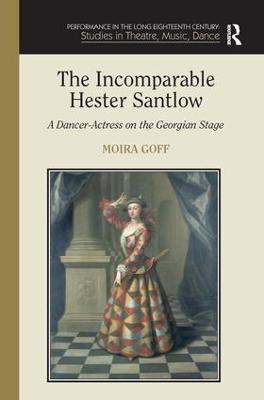 A Preview for this title is currently not available.
More Books By Moira Goff
View All