The International Alt-Right: Fascism for the 21st Century?

Description - The International Alt-Right: Fascism for the 21st Century? by Patrik Hermansson

The alt-right has been the most important new far-right grouping to appear in decades. Written by researchers from the anti-racist advocacy group HOPE not hate, this book provides a thorough, ground-breaking, and accessible overview of this dangerous new phenomenon. It explains where the alt-right came from, its history so far, what it believes, how it organises and operates, and its future trajectory.

The alt-right is a genuinely transnational movement and this book is unique in offering a truly international perspective, outlining the influence of European ideas and movements as well as the alt-right's development in, and attitude towards, countries as diverse as Japan, India, and Russia. It examines the ideological tributaries that coagulated to form the alt-right, such as white supremacy, the neo-reactionary blogosphere, the European New Right, the anti-feminist manosphere, the libertarian movement, and digital hate culture exemplified by offensive memes and trolling. The authors explore the alt-right's views on gender, sexuality and masculinity, antisemitism and the Holocaust, race and IQ, globalisation and culture as well as its use of violence. The alt-right is a thoroughly modern far-right movement that uses cutting edge technology and this book reveals how they use cryptocurrencies, encryption, hacking, "meme warfare", social media, and the dark web.

This will be essential reading for scholars and activists alike with an interest in race relations, fascism, extremism, and social movements.

Other Editions - The International Alt-Right: Fascism for the 21st Century? by Patrik Hermansson 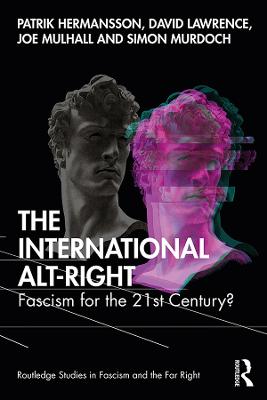 A Preview for this title is currently not available.
More Books By Patrik Hermansson
View All