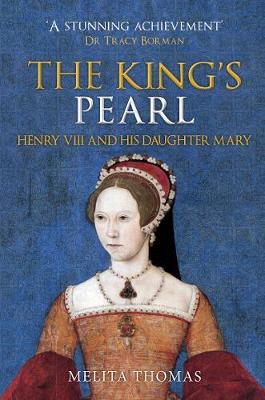 The King's Pearl: Henry VIII and His Daughter Mary

Description - The King's Pearl: Henry VIII and His Daughter Mary by Melita Thomas

Mary Tudor has always been known as `Bloody Mary', the name given to her by later Protestant chroniclers who vilified her for attempting to re-impose Roman Catholicism in England. Although a more nuanced picture of the first queen regnant has since emerged, she is still stereotyped, depicted as a tragic and lonely figure, personally and politically isolated after the annulment of her parents' marriage and rescued from obscurity only through the good offices of Katherine Parr. Although Henry doted on Mary as a child and called her his `pearl of the world', her determination to side with her mother over the annulment both hurt him as a father and damaged perceptions of him as a monarch commanding unhesitating obedience. However, once Mary had finally been pressured into compliance, Henry reverted to being a loving father and Mary played an important role in court life. As Melita Thomas points out, Mary was a gambler - and not just with cards. Later, she would risk all, including her life, to gain the throne. As a young girl of just seventeen she made the first throw of the dice, defiantly maintaining her claim to be Henry's legitimate daughter against the determined attempts of Anne Boleyn and the king to break her spirit. Following the 500th anniversary of Mary's birth, The King's Pearl re-examines Mary's life during the reign of Henry VIII and her complex, dramatic relationship with her father.

Other Editions - The King's Pearl: Henry VIII and His Daughter Mary by Melita Thomas 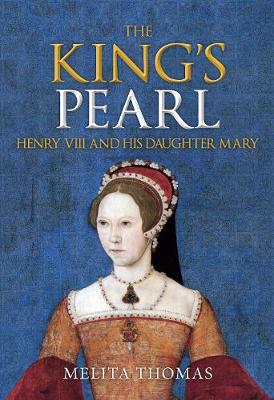 A Preview for this title is currently not available.
More Books By Melita Thomas
View All