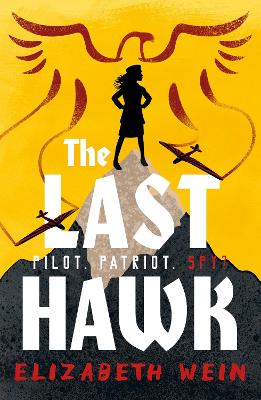 Nazi Germany is a dangerous place for a girl with a stammer - and although her father tries to keep her safe, Ingrid can't help feeling like she's let him down. But in the air, soaring high as she pilots her beloved glider planes, Ingrid is free and incredibly talented.

When she gets the chance to fly in a propaganda tour alongside her hero, Germany's daring female test pilot Hanna Reitsch, Ingrid leaps at the chance. But through Hanna, she will learn some dangerous truths about Germany's secret missions and the plans that could change the course of the war to secure victory for the Nazi regime. When everything is at stake, Ingrid must decide where her loyalties lie ...