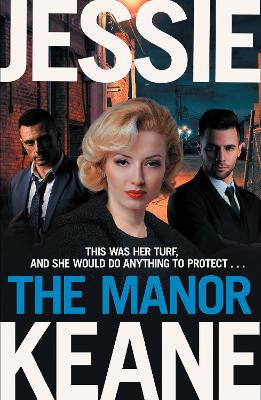 Description - The Manor by Jessie Keane

The enemy is close to home in The Manor, a gripping gangland thriller from the top five bestseller Jessie Keane.

Charlie Stone and Terry Barton have been blood brothers since the cradle. They grew up in the East End skimming along the bottom of the underworld until Charlie takes over the manor from the local mob and a twist of fate puts him and his best mate on the road to the high life.

When Charlie and Terry both marry and have kids, everything is set. Both families have everything they ever wanted. However, things start to turn sour between the families when Charlie's adopted son Harlan starts to cause trouble.

As the feud caused by Harlan spirals out of control it is left to Belle to pick up the pieces. Is she strong enough to take on Harlan Stone? Has she got what it takes to rule the manor . . .

A Preview for this title is currently not available.
More Books By Jessie Keane
View All