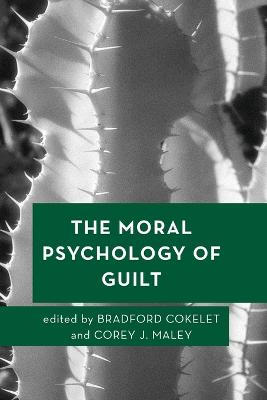 The Moral Psychology of Guilt

Description - The Moral Psychology of Guilt by Bradford Cokelet

In most Western societies, guilt is widely regarded as a vital moral emotion. In addition to playing a central role in moral development and progress, many take the capacity to feel guilt as a defining feature of morality itself: no truly moral person escapes the pang of guilt when she has done something wrong. But proponents of guilt's importance face important challenges, such as distinguishing healthy from pathological forms of guilt, and accounting for the fact that not all cultures value guilt in the same way, if at all. In this volume, philosophers and psychologists come together to think more systematically about the nature and value of guilt. The book begins with chapters on the biological origins and psychological nature of guilt and moves on to discuss the culturally enriched conceptions of guilt and its value that we find in various eastern and western philosophic traditions. In addition, numerous chapters discuss healthy or morally valuable forms guilt and their pathological or irrational shadows.

Other Editions - The Moral Psychology of Guilt by Bradford Cokelet A Preview for this title is currently not available.
More Books By Bradford Cokelet
View All