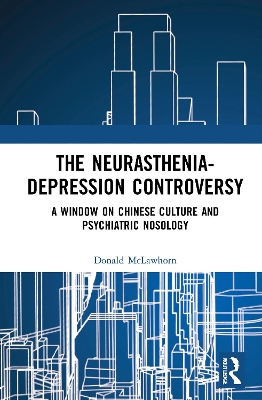 The Neurasthenia-Depression Controversy: A Window on Chinese Culture and Psychiatric Nosology

Description - The Neurasthenia-Depression Controversy: A Window on Chinese Culture and Psychiatric Nosology by Donald McLawhorn

This book is about the largest debate that has occurred in the field of cultural psychiatry and its impact on diagnosing, theorizing, and clinical practice. It is also about the role of culture in psychopathology specifically in relation to China. This book is the first comprehensive and critical assessment of the anthropological psychiatry that has provided Western physicians with their ideas about somatization and culture. It is argued that psychiatric nosology and the broader cultural milieu interact in a fascinating way and co-facilitate individual conformity to culturally salient categories, consciously or unconsciously, through a process of belief, expectation, and learning. The result is that codified experiences can be translated from the mind to the body and back again. Through a critical evaluation of the Neurasthenia-Depression controversy, we can gain a view of the contested and shifting nature of psychiatric nosology, and thereby attempt to introduce the beginnings of a model that elucidates how psychiatric distress varies across cultures.

This timely book challenges conventional wisdom about neurasthenia and depression in Chinese societies. Its findings will be of value to anyone who works with Chinese people with these mental illnesses across the global diaspora.