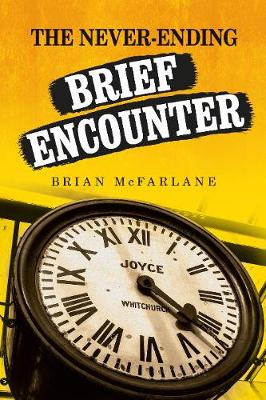 This is a book for all those who have been absorbed and moved by Brief Encounter in the seventy or so years since its first appearance. It explores the central relationship of the film, where two people who fall unexpectedly in love come to realise that there is more to life than self-gratification. Mores have undoubtedly changed, for better or worse, but that essential moral choice has never lost its power. While acknowledging this, the book goes further in an effort to account for the way the film has passed into the wider culture. People born decades after its first appearance are now adept at picking up references to it, whether a black-and-white scene in a much later film or a passing joke about a bald man in a barber's shop.

A Preview for this title is currently not available.
More Books By Brian McFarlane
View All