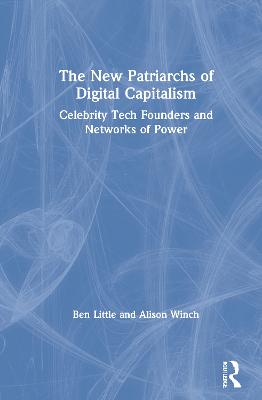 The New Patriarchs of Digital Capitalism: Celebrity Tech Founders and Networks of Power

This book offers an original critique of the billionaire founders of US West Coast tech companies, addressing their collective power, influence, and ideology, their group dynamics, and the role they play in the wider sociocultural and political formations of digital capitalism.

Interrogating not only the founders' political and economic ambitions, but also how their corporations are omnipresent in our everyday lives, the authors provide robust evidence that a specific kind of patriarchal power has emerged as digital capitalism's mode of command. The 'New Patriarchs' examined over the course of the book include: Sergey Brin and Larry Page of Google, Elon Musk of Tesla, Jeff Bezos of Amazon, Mark Zuckerberg of Facebook, and Peter Thiel. We also include Sheryl Sandberg. The book analyses how these (mostly) men legitimate their rapidly acquired power, tying a novel kind of socially awkward but 'visionary' masculinity to exotic forms of shareholding. Drawing on a ten million word digital concordance, the authors intervene in feminist debates on patriarchy, masculinity, and postfeminism, locating the power of the founders as emanating from a specifically racialised structure of oppression tied to imaginaries of the American frontier, the patriarchal household, and settler colonialism.

This is an important interdisciplinary contribution suitable for researchers and students across Digital Media, Media and Communication, and Gender and Cultural Studies.

Other Editions - The New Patriarchs of Digital Capitalism: Celebrity Tech Founders and Networks of Power by Ben Little 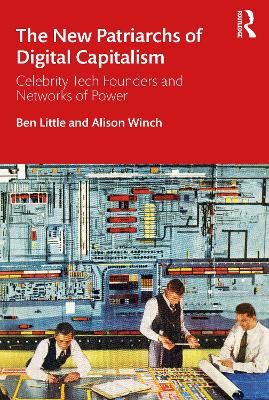 A Preview for this title is currently not available.
More Books By Ben Little
View All