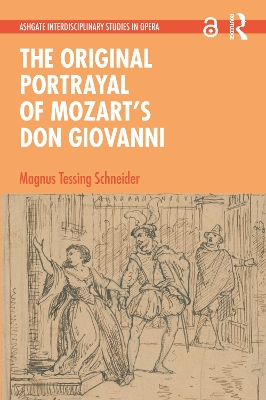 Although Bassi was coached in the role by the composer himself, his portrayal has never been studied in depth before, and this book presents a large number of new sources (first- and second-hand accounts), which allows us to reconstruct his performance scene by scene. The book confronts Bassi's portrayal with a study of the opera's early German reception and performance history, demonstrating how Don Giovanni as we know it today was not only created by Mozart, Da Ponte and Luigi Bassi but also by the early German adapters, translators, critics and performers who turned the title character into the arrogant and violent villain we still encounter in most of today's stage productions.

Incorporating discussion of dramaturgical thinking of the late Enlightenment and the difficult moral problems that the opera raises, this is an important study for scholars and researchers from opera studies, theatre and performance studies, music history as well as conductors, directors and singers.

A Preview for this title is currently not available.
More Books By Magnus Tessing Schneider
View All