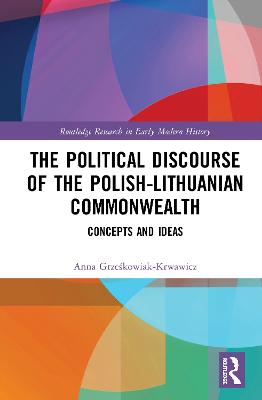 The Political Discourse of the Polish-Lithuanian Commonwealth: Concepts and Ideas

Description - The Political Discourse of the Polish-Lithuanian Commonwealth: Concepts and Ideas by Anna Grzeskowiak-Krwawicz

This book makes a contribution to ongoing European research into the political discourse of the early modern era, analyzing the political discourse of the Polish-Lithuanian Commonwealth (1569-1795). The sources comprise the broadly understood political literature from the end of the sixteenth century until the end of the eighteenth century. The author has selected and analysed concepts and ideas that are particularly important for the noble political discourse, with the aim of understanding what these concepts meant for the participants in public debate, who used them, how they explained and described the world, how they allowed for the formulation of political postulates and ideals, whether their meaning changed over time, and if so, then to what extent and under what influences. The author's research focuses not only on the understanding of the concepts that functioned in the period under study but also on their use as instruments in the political struggle. The book is addressed to readers from the academic milieu - students and researchers - but is likewise accessible to less prepared readers interested in the history of political language and concepts as well as the history of political thought.

Buy The Political Discourse of the Polish-Lithuanian Commonwealth: Concepts and Ideas by Anna Grzeskowiak-Krwawicz from Australia's Online Independent Bookstore, BooksDirect.