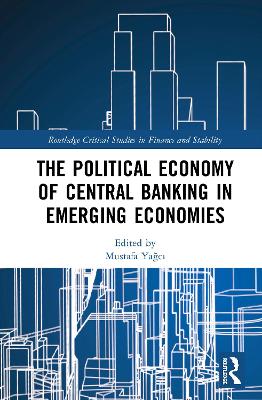 The Political Economy of Central Banking in Emerging Economies

Central banks are at the heart of economic policymaking, and their decisions have a significant impact on the social and economic well-being of citizens. Adopting an interdisciplinary political economy perspective, the contributions in this book explore the reciprocal relations between politics, economics, and central banks, and how the global and domestic political economy contexts influence central bank practices. The chapters employ diverse theoretical perspectives such as institutional and organizational theory, developmental state resource dependency, and gender studies, drawing on disciplines ranging from politics, international relations, public policy, management, finance, and sociology.

This book will appeal to academics and students of central banking, political economy, and emerging economies, as well as professionals and policymakers engaged with central banks, monetary policy, and economic development.