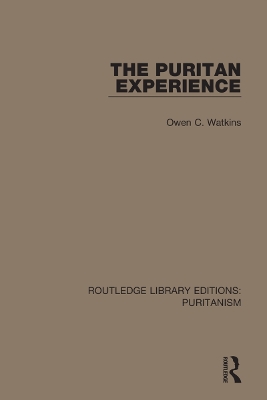 Originally published in 1972 and based on extensive research and use of source materials including manuscripts, this book examines Puritan spiritual autobiographies written before 1725 and sets them in the context of the literary tradition out of which they grew. As well as Bunyan, Baxter and Fox, this book also discusses important works which have received less attention, notably the Confessions of Richard Norwood, the Bermudan settler. The book identifies 3 strands in the tradition: the work of the 'orthodox' Puritans; the prophets of the Commonwealth, and the confessions and journals of the early Quakers. The social, religious and literary factors which contributed to their development are discussed and it is shown how the self-analysis popularized by the Puritan preachers and writers contributed to the development of the novel. The book will be of particular value to those interested in 17th Century literature or religion.

A Preview for this title is currently not available.
More Books By Owen C. Watkins
View All