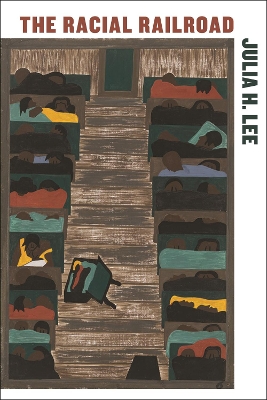 Reveals the legacy of the train as a critical site of race in the United States
Despite the seeming supremacy of car culture in the United States, the train has long been and continues to be a potent symbol of American exceptionalism, ingenuity, and vastness. For almost two centuries, the train has served as the literal and symbolic vehicle for American national identity, manifest destiny, and imperial ambitions. It's no surprise, then, that the train continues to endure in depictions across literature, film, ad music.
The Racial Railroad highlights the surprisingly central role that the railroad has played-and continues to play-in the formation and perception of racial identity and difference in the United States. Julia H. Lee argues that the train is frequently used as the setting for stories of race because it operates across multiple registers and scales of experience and meaning, both as an invocation of and a depository for all manner of social, historical, and political narratives.
Lee demonstrates how, through legacies of racialized labor and disenfranchisement-from the Chinese American construction of the Transcontinental Railroad and the depictions of Native Americans in landscape and advertising, to the underground railroad and Jim Crow segregation-the train becomes one of the exemplary spaces through which American cultural works explore questions of racial subjectivity, community, and conflict. By considering the train through various lenses, The Racial Railroad tracks how racial formations and conflicts are constituted in significant and contradictory ways by the spaces in which they occur.

Other Editions - The Racial Railroad by Julia H. Lee A Preview for this title is currently not available.
More Books By Julia H. Lee
View All