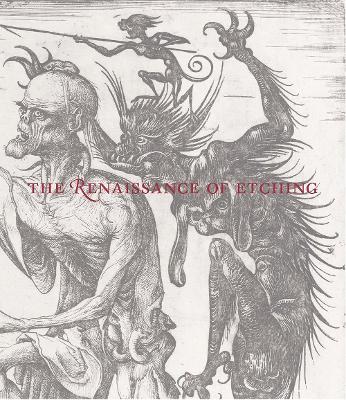 The Renaissance of Etching

Description - The Renaissance of Etching by Catherine Jenkins

The etching of images on metal, originally used as a method for decorating armor, was first employed as a printmaking technique at the end of the 15th century. This in-depth study explores the origins of the etched print, its evolution from decorative technique to fine art, and its spread across Europe in the early Renaissance, leading to the professionalization of the field in the Netherlands in the 1550s. Beautifully illustrated, this book features the work of familiar Renaissance artists, including Albrecht Durer, Jan Gossart, Pieter Breughel the Elder, and Parmigianino, as well as lesser known practitioners, such as Daniel Hopfer and Lucas van Leyden, whose pioneering work paved the way for later printmakers like Rembrandt and Goya. The book also includes a clear and fascinating description of the etching process, as well as an investigation of how the medium allowed artists to create highly detailed prints that were more durable than engravings and more delicate than woodblocks.

A Preview for this title is currently not available.
More Books By Catherine Jenkins
View All