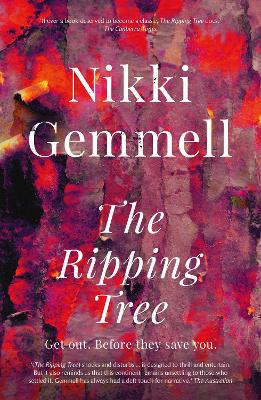 An illustrious family. A beautiful home. A shipwrecked young woman left on its doorstep.

Don't think they're going to save her.

Early 1800s. Thomasina Trelora is on her way to the colonies. Her fate: to be married to a clergyman she's never met. As the Australian coastline comes into view a storm wrecks the ship and leaves her lying on the rocks, near death. She's saved by an Aboriginal man who carries her to the door of a grand European house, Willowbrae.

Tom is now free to be whoever she wants to be and a whole new life opens up to her. But as she's drawn deeper into the intriguing life of this grand estate, she discovers that things aren't quite as they seem. She stumbles across a horrifying secret at the heart of this world of colonial decorum - and realises she may have exchanged one kind of prison for another.

The Ripping Tree is an intense, sharp shiver of a novel, which brings to mind such diverse influences as The Turn of the Screw, Rebecca and the film Get Out as much as it evokes The Secret River. A powerful and gripping tale of survival written in Nikki Gemmell's signature lyrical and evocative prose, it examines the darkness at the heart of early colonisation. Unsettling, audacious, thrilling and unputdownable.

'You are likely to be so distracted by [the beauty of the writing] that you realise you have missed the story ... and the only thing to do is go back and start all over again. If ever a book deserved to become a classic, The Ripping Tree does.' The Canberra Times'

'A beautifully descriptive yet unsettling tale of survival' Herald Sun

'Nikki Gemmell's new novel proceeds in full knowledge of the ways antipodean place corresponds to older Gothic tropes. And it manipulates these, often superbly, to replenish the ability of the genre to shock and disturb ... it is designed to thrill and entertain. But it also reminds us that this continent remains unsettling to those who settled it. Gemmell has always had a deft touch for narrative. Here she takes the panoply of effects Gothic has to offer and drives them till they are blowing froth and bleeding at the flanks.' The Australian

Other Editions - The Ripping Tree by Nikki Gemmell 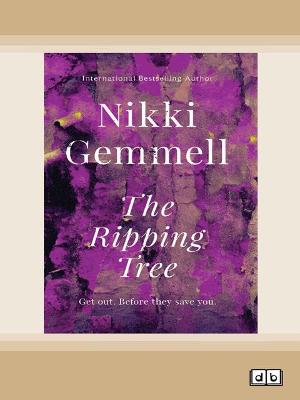 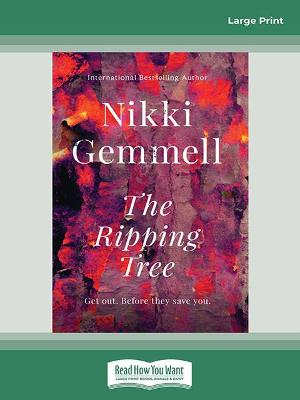 A Preview for this title is currently not available.
More Books By Nikki Gemmell
View All