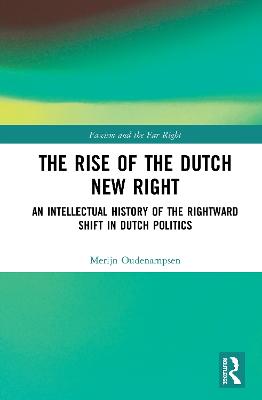 The Rise of the Dutch New Right: An Intellectual History of the Rightward Shift in Dutch Politics

Description - The Rise of the Dutch New Right: An Intellectual History of the Rightward Shift in Dutch Politics by Merijn Oudenampsen

In the past 20 years, a wave of right-wing populist movements has swept over Europe, changing the face of European politics. The Netherlands has been one of the more iconic countries to partake in this shift. Known internationally as an emblem of progressivism and tolerance, the country soon became a frontrunner in the revival of nationalist and anti-immigrant sentiment. This is the first study to offer an extensive engagement with the ideas behind the Dutch swing to the right.

The emergence of Dutch populism, this book shows, formed an integral part of a broader conservative tendency, identified as the Dutch New Right. In the US and the UK, the term New Right has been used to describe conservative backlash movements that arose in opposition to the progressive movements of the 1960s. The Dutch swing to the right, this book argues, formed a belated iteration of the New Right backlash that occurred overseas.

This text will be essential reading for students and scholars in the fields of European Studies and Political Science, and Dutch politics and society more specifically.

Buy The Rise of the Dutch New Right: An Intellectual History of the Rightward Shift in Dutch Politics by Merijn Oudenampsen from Australia's Online Independent Bookstore, BooksDirect.