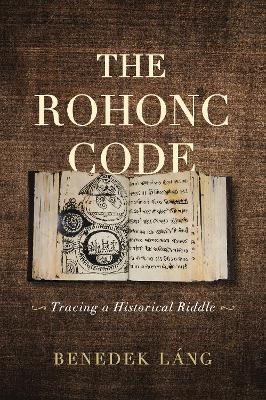 First discovered in a Hungarian library in 1838, the Rohonc Codex keeps privileged company with some of the most famous unsolved writing systems in the world, notably the Voynich manuscript, the Phaistos Disk, and Linear A. Written entirely in cipher, this 400-year-old, 450-page-long, richly illustrated manuscript initially gained considerable attention but was later dismissed as an apparent forgery. No serious scholar would study it again until the turn of the twenty-first century. This engaging narrative follows historian Benedek Lang's search to uncover the truth about this thoroughly mysterious book that has puzzled dozens of codebreakers.

Lang surveys the fascinating theories associated with the Codex and discusses possible interpretations of the manuscript as a biblical commentary, an apocryphal gospel, or a secret book written for and by a sect. He provides an overview of the secret writing systems known in early modern times and an account of the numerous efforts to create an artificial language or to find a long-lost perfect tongue-endeavors that were especially popular at the time the Codex was made. Lastly, he tests several codebreaking methods in order to decipher the Codex, finally pointing to a possible solution to the enigma of its content and language system.

A Preview for this title is currently not available.
More Books By Benedek Lang
View All