The Roman Occupation of Britain and its Legacy

This book tells the fascinating story of Roman Britain, beginning with the late pre-Roman Iron Age and ending with the province's independence from Roman rule in AD 409. Incorporating for the first time the most recent archaeological discoveries from Hadrian's Wall, London and other sites across the country, and richly illustrated throughout with photographs and maps, this reliable and up-to-date new account is essential reading for students, non-specialists and general readers alike.

Writing in a clear, readable and lively style (with a satirical eye to strange features of past times), Rupert Jackson draws on current research and new findings to deepen our understanding of the role played by Britain in the Roman Empire, deftly integrating the ancient texts with new archaeological material. A key theme of the book is that Rome's annexation of Britain was an imprudent venture, motivated more by political prestige than economic gain, such that Britain became a 'trophy province' unable to pay its own way. However, the impact that Rome and its provinces had on this distant island was nevertheless profound: huge infrastructure projects transformed the countryside and means of travel, capital and principal cities emerged, and the Roman way of life was inseparably absorbed into local traditions. Many of those transformations continue to resonate to this day, as we encounter their traces in both physical remains and in civic life.

Buy The Roman Occupation of Britain and its Legacy by Sir Rupert Jackson from Australia's Online Independent Bookstore, BooksDirect. 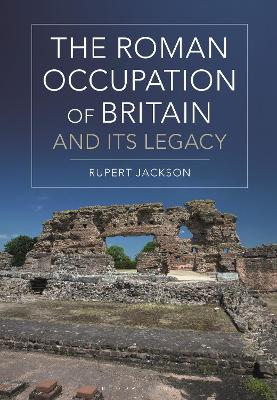 A Preview for this title is currently not available.
More Books By Sir Rupert Jackson
View All