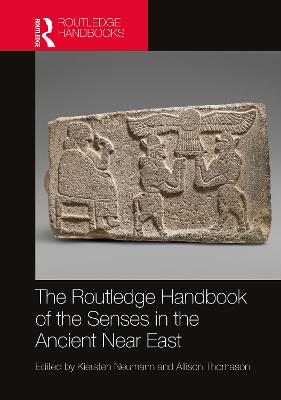 The Routledge Handbook of the Senses in the Ancient Near East

This Handbook is a state-of-the-field volume containing diverse approaches to sensory experience, bringing to life in an innovative, remarkably vivid, and visceral way the lives of past humans through contributions that cover the chronological and geographical expanse of the ancient Near East.

It comprises thirty-two chapters written by leading international contributors that look at the ways in which humans, through their senses, experienced their lives and the world around them in the ancient Near East, with coverage of Anatolia, Egypt, the Levant, Mesopotamia, Syria, and Persia, from the Neolithic through the Roman period. It is organised into six parts related to sensory contexts: Practice, production, and taskscape; Dress and the body; Ritualised practice and ceremonial spaces; Death and burial; Science, medicine, and aesthetics; and Languages and semantic fields. In addition to exploring what makes each sensory context unique, this organisation facilitates cross-cultural and cross-chronological, as well as cross-sensory and multisensory comparisons and discussions of sensory experiences in the ancient world. In so doing, the volume also enables considerations of senses beyond the five-sense model of Western philosophy (sight, hearing, touch, taste, and smell), including proprioception and interoception, and the phenomena of synaesthesia and kinaesthesia.

The Routledge Handbook of the Senses in the Ancient Near East provides scholars and students within the field of ancient Near Eastern studies new perspectives on and conceptions of familiar spaces, places, and practices, as well as material culture and texts. It also allows scholars and students from adjacent fields such as Classics and Biblical Studies to engage with this material, and is a must-read for any scholar or student interested in or already engaged with the field of sensory studies in any period.

Buy The Routledge Handbook of the Senses in the Ancient Near East by Allison Thomason from Australia's Online Independent Bookstore, BooksDirect.

A Preview for this title is currently not available.
More Books By Allison Thomason
View All