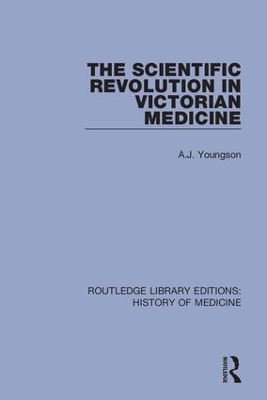 The Scientific Revolution in Victorian Medicine

Description - The Scientific Revolution in Victorian Medicine by A.J. Youngson

Originally published 1979 The Scientific Revolution in Victorian Medicine looks at the discovery of inhalation anaesthesia in 1846, and how it began a new era in surgery. The book looks at James Young Simpson's demonstration of the value of chloroform as an anaesthetic, and how many surgeons quickly adopted it. The book also looks at the dangers of chloroform if mishandled and only after considerable controversy and numerous fatalities was its use thoroughly understood and established.

Ten years later an even more lengthy struggle began over antiseptic surgery. The 'germ' theory, on which Lister's technique was founded had few adherents among British surgeons, and his methods were deemed absurdly complicated. He was opposed and sometimes ridiculed by the most distinguished men in the profession, including Simpson. Over ten years were required to persuade the majority of British surgeons that Lister did actually achieve the results which he claimed and that it was possible for a competent surgeon to do equally well, if only he would take the trouble.

This book shows that a great many factors interacted in delaying the introduction of these new ideas. The almost wholly unscientific nature of British medical education and practice before 1860 or 1870, detailed in the first chapter, was one factor; rivalry and distrust between London and Scotland was another. Genuine disadvantages in the new methods were not unimportant either, while personal animosities failure to face the facts, and fear of the unknowable consequences of change all played a significant part.

Other Editions - The Scientific Revolution in Victorian Medicine by A.J. Youngson 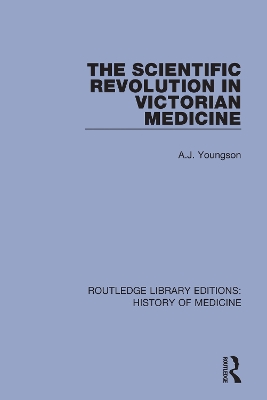 A Preview for this title is currently not available.
More Books By A.J. Youngson
View All